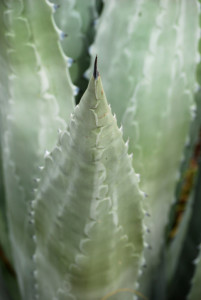 Tequila is fun; there are very few drinks quite as equipped to get a party started. But where does this party enhancer come from? It is easy to see those beautiful tequila bottles and not focus on how the magic fluid got in them, but everything has an origin in this world, and Mexican tequila is no different. So that being said, here is how tequila goes from the wild into your belly.

Where is Does Mexican Tequila Come From?

Tequila is native to Mexico; all of the world’s supply is generated there. Tequila is produced from blue agave plants that are grown in designated areas of Mexico (and yes, one of those locations is called Tequila). These specific regions of Mexico are great for growing blue agave plants because of the rich, nutritious volcanic soil. Volcanic activity produces fertile soil, and Mexico’s climate allows the blue agave to flourish there. Because of these natural boundaries, production rates of tequila is often limited.

Why is it Called Tequila?

Tequila was first produced in the town of Tequila, which lies in the state of Jalisco, Mexico. Originally, native peoples in Mexico used the sugars of the heart (also known as the pineapple) of the blue agave plant to create a delicious fermented beverage. Later, when the Spanish arrived in Mexico, they took the fermented beverage and distilled it, which helped lead to the creation of tequila as we know it today.

Today, there are a total of 181 designated tequila producing municipalities in Mexico. So if your tequila didn’t come from one of those 181 places, it isn’t real tequila! Because volcanic soil is so crucial for producing the perfect tequila, most of the municipalities lie in the State of Jalisco, while there are 8 in Nayarit, 7 in Guanajuato, 30 in Michoacan, and 11 in Tamaulipas.

What about the Tequila Worm?

Have you ever had a drink of tequila or mezcal with a worm inside the glass? Chances are, you have been fooled. Only certain mezcals, (usually from the state of Oaxaca) are ever sold with a worm inside of the bottle. Believe it or not, the tequila regulatory council does not allow bottles with worms inside to be sold. The addition of the worm in your drink is strictly marketing, often designed to entice tourists, and is not a traditional practice.

Now that you know where tequila comes from and how many types and classifications there are, you are well on your way to becoming a tequila connoisseur.

If you don’t feel like going out and buying bottle after bottle of Mexican tequila, come and sample the different tequilas we offer at Acapulcos Mexican Restaurant and Cantina in our many different locations across Massachusetts and Connecticut!