The 5th of May, Cinco de Mayo, is a huge day of celebration in the United States featuring Cinco de Mayo recipes of every kind. 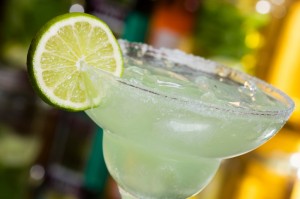 The United States celebrates a different story. Cinco de Mayo recipes abound as we celebrate Mexican heritage and the Mexican culture each year on May 5th. There are parades, carnivals, and fiestas celebrated with food, drink, and music across the US.

Cinco de Mayo, the anniversary of the Mexican army’s 1862 victory during the Franco-Mexican War, has become prime time for Americans to celebrate some of the more festive and tasty elements of Mexican cuisine.
But even if you aren’t into the tequila-fueled parties (and there are plenty; see Going Out Guide’s complete list), consider the May 5 holiday, coupled with warmer weather, as the perfect opportunity to explore traditional Mexican dishes.

You can start the day with chilaquiles , a breakfast classic that combines tortilla chips, a red or green sauce, crema and queso fresco. Top them with a fried egg.

Barbacoa, or slow-cooked meat, is a historic way of cooking meat in Mexico. Versions vary, including goat, pork or sometimes cow’s head, cooked over an open fire in a pit or on a spit.

Home cooks can use their ovens for this Lamb Barbacoa in Adobo recipe, however; a few hours of marinating time and several hours of slow-roasting will do the trick. An optional wrap of avocado or banana leaves lends flavor.

For an additional kick, prepare this Salsa for Barbacoa Tacos, which can be refrigerated for up to a week.

To celebrate with another Mexican favorite, you’ll want to find the fiery, fresh pork sausage known as chorizo. Potato, Scallion and Chorizo Crispy Tacos can be fried or toasted in a skillet.

If you can take the heat, make this Raw Tomatillo and Chipotle Salsa Verde to go with them.

To wash it all down, a classic margarita’s the way to go. Spirits columnist Jason Wilson eschews store-bought mixes, favoring a combination of triple sec or Cointreau, tequila and fresh lime juice.

Rather than look for Cinco de Mayo recipes that suit your family, why not stop by your nearest Acapulcos Mexican Restaurant and Cantina and let us do the cooking for you? We will be celebrating on May 5 in a big way with a menu full of Cinco de Mayo dishes and drinks. Visit us at any of our 12 locations throughout Massachusetts and Connecticut and celebrate with us!

Have you ever been to a Cinco de Mayo celebration? We’d love to hear about your experience.