Mexico is a diverse country indeed. While many different cultures have influenced the social fabric of Mexico, there are still certain traditions and customs that live on, even beyond the country’s boundaries. 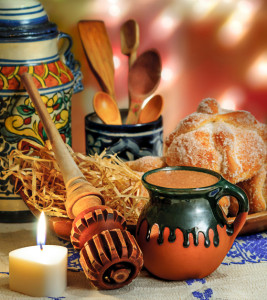 The following list highlights the Mexican traditions, customs and holidays worth celebrating.

Your manners are important. In Mexico, if you’re invited by a family to their home, it’s traditional to bring flowers with you. Your host will also make it a priority to make you feel welcome and comfortable as their visitor.

Speaking loudly is considered rude, and politeness precedes using words that might hurt someone’s feelings. In fact, if you’re planning to visit Mexico, it will be helpful and beneficial to you to learn kind words such as “please” and “thank you” (por favor and gracias, respectively).

You will even have to practice patience in business-related negotiations, which tend to be slower-paced and generally relaxed compared to some other countries. Expect a 15-20 minute delay if you’re talking business; Mexicans would rather not proceed in a hurry.

While not a public holiday recognized in Mexico, the 5th of May is a memorable date in Mexican history. On this day in 1862 the brave Mexican army defeated the invading French forces – the most powerful army at the time – at the Battle of Puebla. The anniversary of the unlikely victory is celebrated sporadically in Mexico.

Changing demographics have since transformed the date into a cultural holiday where Mexican culture is celebrated with festivals, food and drinks. Cinco de Mayo was embraced in the U.S. as a way to build pride among Mexican-Americans, but that meaning has somewhat been lost in translation as the date became a drinking holiday for many.

Whether you wish to celebrate Cinco de Mayo with or without a drink, remember the true meaning of this date: the victory of self-determination.

Now this is where it gets interesting. Most of us celebrate the New Year in some fashion with friends or family, but traditional Mexican customs take it a step further. Some rituals have religious backgrounds, while others are just bizarre, but they are each passed on from generation to generation and share the common intention of awakening hope for better days.

Here are a few ways Mexicans celebrate the New Year that you may want to try, too:

Day of the Dead

A two-day long national holiday in Mexico, Day of the Dead or Dia de los Muertos is about honoring and remember deceased loved ones. November 1st, or All Saints Day, is dedicated to small children who have passed, known as little angels or “angelitos.” November 2nd, or All Souls Day, is a day to remember older family members and friends.

Contrary to popular belief, Day of the Dead is not the spooky counterpart of Halloween. It is a day of happiness and love, rather than sadness and fear. Celebrations are bright and cheerful, not scary or morbid. Family altars are cheerfully decorated with photographs, gifts, mementos and offerings of food. The inviting scent of pan de muerto, known as the “bread of the dead,” lingers in the air as this traditional Mexican sweet bread is eaten in remembrance.

We could all learn something from Day of the Dead, which is celebrated as an opportunity to reflect on our lives, heritage and ancestors in a positive way.

Food is a binding force in Mexican families, and it is a Mexican tradition that continues to win over the hearts and taste buds of families around the world.

Load More... Follow on Instagram
Welcome to Acapulcos! Our family-owned restaurants bring you and your family the best flavors of Mexico in a fun, friendly and relaxed environment. Join us for lunch or dinner, 7 days a week!

Your opinion is very important to us! Please fill out the form to the right to share your thoughts and let us know how we did. We do get many submissions, so if we don't respond within a week, don't worry, we will respond.